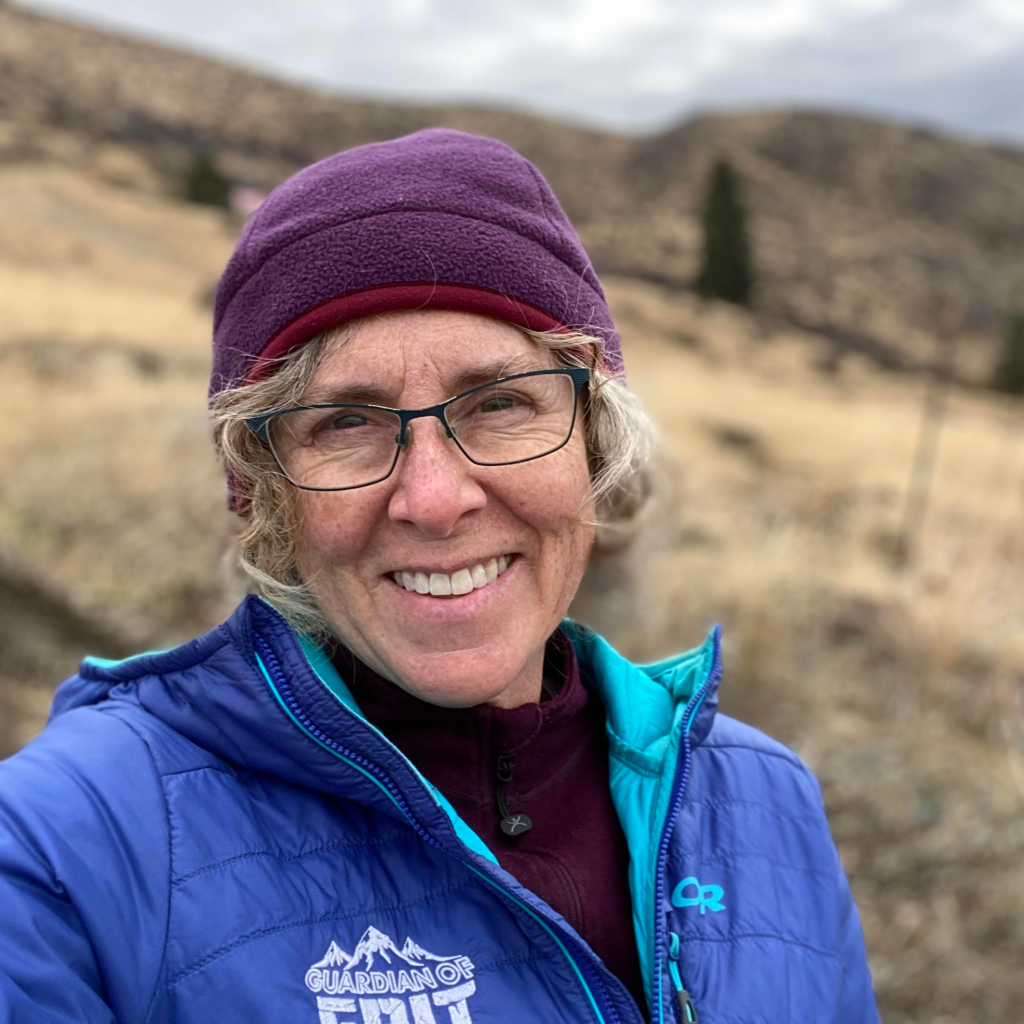 Betsy is a Tennessee hillbilly who after over a decade career in the maritime industry, came to roost as a video producer in the Pacific Northwest. She is the owner of True Bearing Productions, a full service video production business in Seattle. Her interest in Y.E.T.I . was ignited as she watched her son grow through challenging Y.E.T.I. programs. Betsy and her family love to travel, hike, scuba dive (play in water in any fashion) and camp. She is proud to be a part of this magnetic organization!

Hip grew up and graduated in the Highline School District and has been volunteering and coaching within the district for the last 20 years.  He loves everything that the PNW has to offer and could not imagine living anywhere else. Hip sees his work with community members and bringing services to our underserved and underrepresented communities as a passion.  His hope is to offer our youth programs that allow them to unplug from daily stress and just enjoy the outdoors. 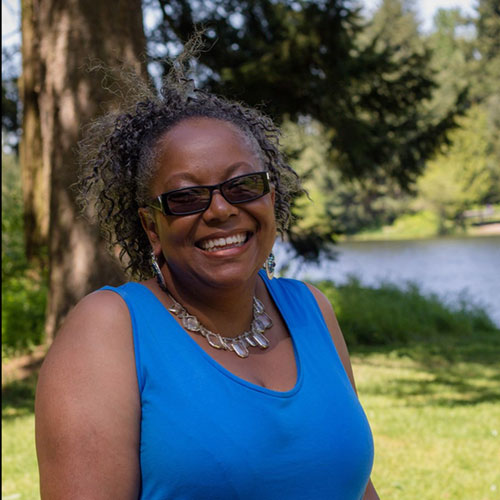 Tonya is a Community Service Officer for the Des Moines Police Department. Her job involves community outreach, crime prevention and problem solving, and she has been at it for over 25 years! She is also active in many other safety and crime prevention endeavors in South King County. A lifelong Western Washingtonian, she is mom to a wonderful son, and is very excited to make a difference in the lives of our youth through Y.E.T.I. programs. They just need to be shown the way! 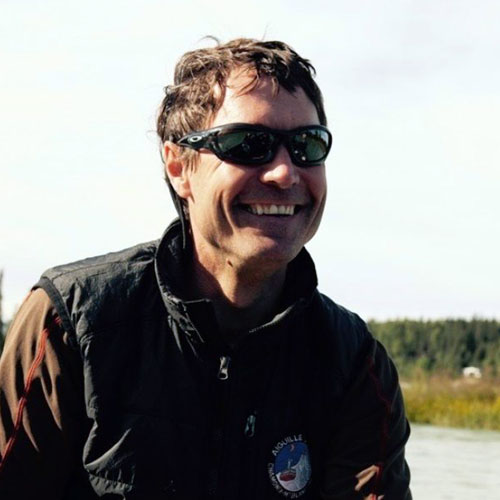 John founded Y.E.T.I. to insure his own children and their peers participated in rich outdoor experiences. As a professional guide (mountains, rivers, sea) for over 30 years, he has experienced the magic that outdoor adventures can play on empowering adults; helping them discover a new version of themselves. He now enjoys leveraging what he’s learned into empowering the next generation. When he’s not engaged on wild adventures, he works as a Research Engineer for Adobe. 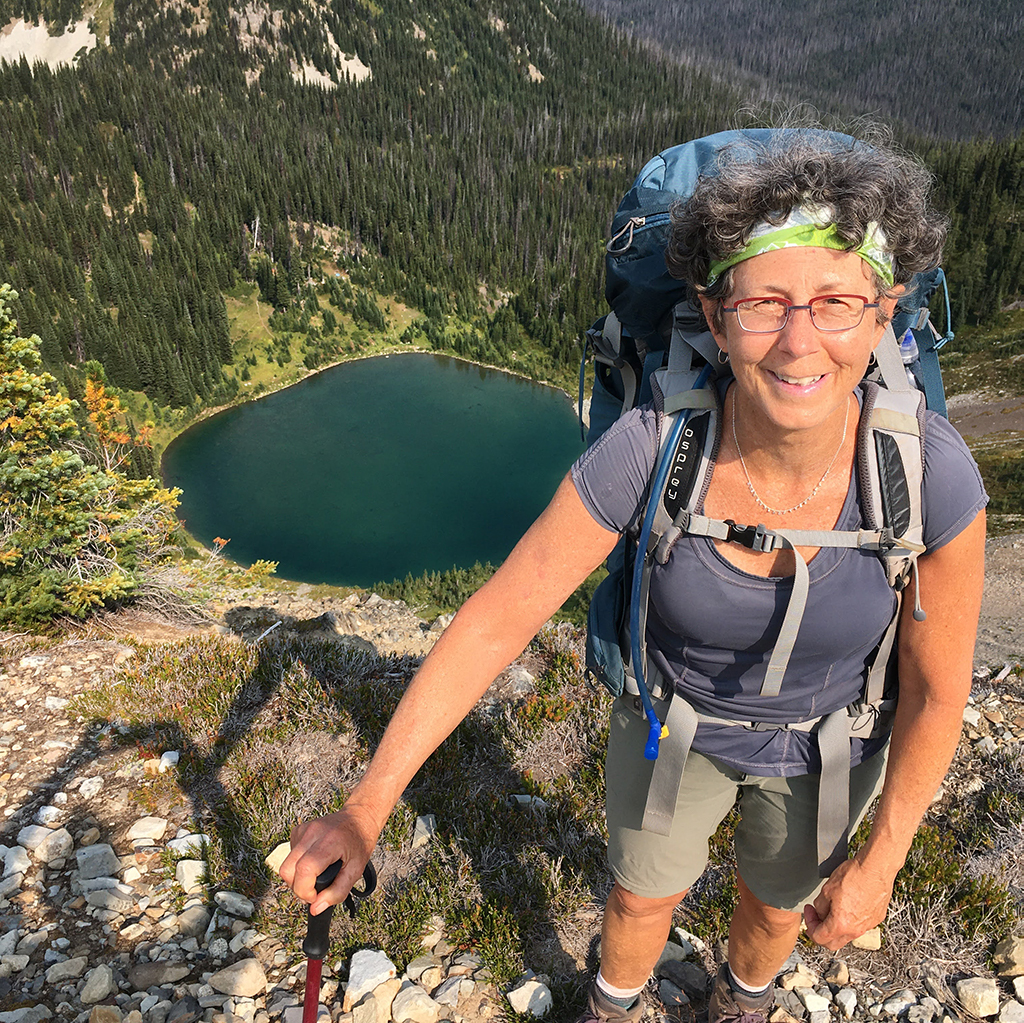 Judy has a passion for supporting educational opportunities for underserved population and loves playing outdoors. In her 19 years working in the educational field, both in K-12 and community college, she has implemented programs and grants that serve students who experience barriers to success in one way or another to ensure they get the tools and support they need to be successful. At the age of 54 she made her first successful summit of Mount Rainier, which set her on a path to exploring a myriad of hiking and mountaineering experiences in the Pacific Northwest, including Mt Adams, Glacier Peak, Mt Baker and the Wonderland Trail.  She looks forward to sharing her passion to get things done with Y.E.T.I.! 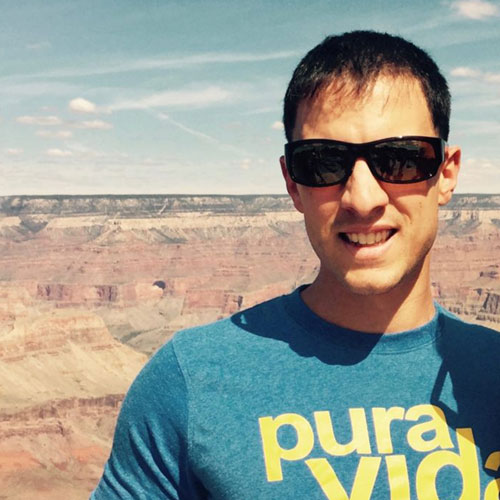 Justin served on the board of directors of Cove to Clover, Y.E.T.I.’s predecessor, beginning in 2010 and helped the organization secure not-for-profit recognition in 2011. After taking a two year hiatus from board service for a work rotation, he returned to the Y.E.T.I. board in 2016 and currently serves as its treasurer. Justin is excited by the growth of Y.E.T.I. and happy that Y.E.T.I. creates opportunities for youth to engage in new activities and enjoy the great outdoors. Justin works a manager in the State and Local Tax Practice of KPMG LLP in Seattle. 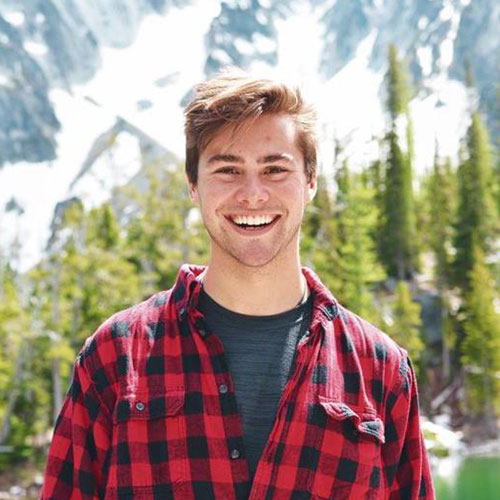 A recent addition to the state of Washington’s population, Noah called Georgia his home until employment catapulted him across the country. Armed with a degree in computer science from Georgia Tech and a good attitude, Noah spends his working days in Redmond as a software engineer at Microsoft. Noah‘s passion for the outdoors was stoked by a beloved summer camp in the Appalachian Mountains called Camp Mikell. There he would return throughout his life, first, as a camper, and later as a counselor and staff member — coordinating the fun and activity of hundreds of children outdoors each summer. Soon after landing in Washington, Noah found Y.E.T.I, another organization that adds fuel to the passion for the outdoors in young people! These days you can find Noah backpacking in the mighty Olympics, skiing around misty Ranier, and biking soggy Seattle! 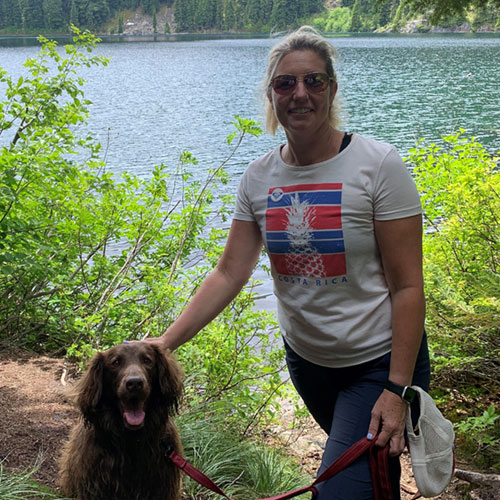 Valerie is passionate about supporting organizations, specifically Y.E.T.I., whose mission encourages kids to get active and develop grit. This is a key part of mental health support for positive long term development. She brings her years of communications, leadership and human resource experience from several companies like Starbucks and Westin Hotels and industries such as professional sports and real estate to the team at Y.E.T.I. And as mother to 5 kids, has first hand experience of the benefit of getting kids outside!

Jon works to support underrepresented, first generation, low-income college students as the Assistant Director of the Educational Opportunity Program at the University of Washington.  He developed his work ethic, communication skills, and love for helping others while guiding river trips in the Grand Canyon. His passion for the outdoors is matched by his desire to always be connected to youth.  Jon’s goal is to connect diverse undergraduates at UW to amazing opportunities that Y.E.T.I. provides in the beautiful Pacific Northwest.

Chris is a PNW native with a passion for the Outdoors.  He has built a career in the Outdoor Industry with stops at REI, Outward Bound and currently Grayl.  Experiences are central to his ethos as a person and a parent. “The outdoors is the perfect classroom to teach the lessons of life.” A big fan of Y.E.T.I over the years he is now on the board of directors looking to give back and to the next generation of conservationists, enthusiasts and advocates for wild places. 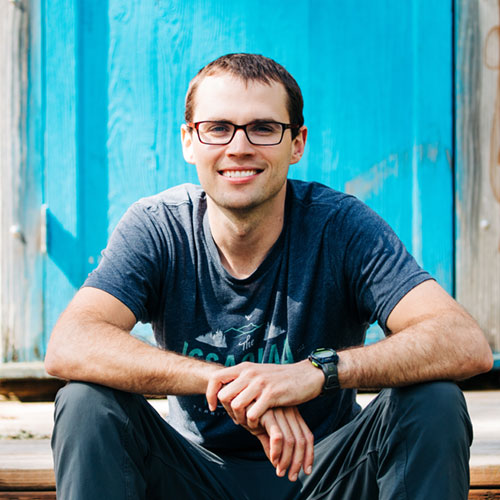 After studying environmental studies and business administration David set out on a journey to explore and connect people to the natural world. He Spent several years as a field instructor with the National Outdoor Leadership School (NOLS), the REI Outdoor School, The YMCA Bold & GOLD program and others; leading backpacking, kayaking and rock climbing programs. A Issaquah native, most recently served as the  Director of the Sammamish YMCA’s  Teen and Outdoor program. David Is always looking for new ways to  collaborate with schools and community organizations and find ways to break down barriers of accessing our public lands. He is excited to engage more young people  in transformative outdoor experiences that help them develop grit,  leadership skills and inform  their environmental ethic. David lives in Preston with his partner Shawna, when he is not out on personal trips you might find him volunteering with the Issaquah alps trails club, a local conservation group, supporting Seattle Mountain Rescue as a  field member or playing in the woods with his niece and nephew. 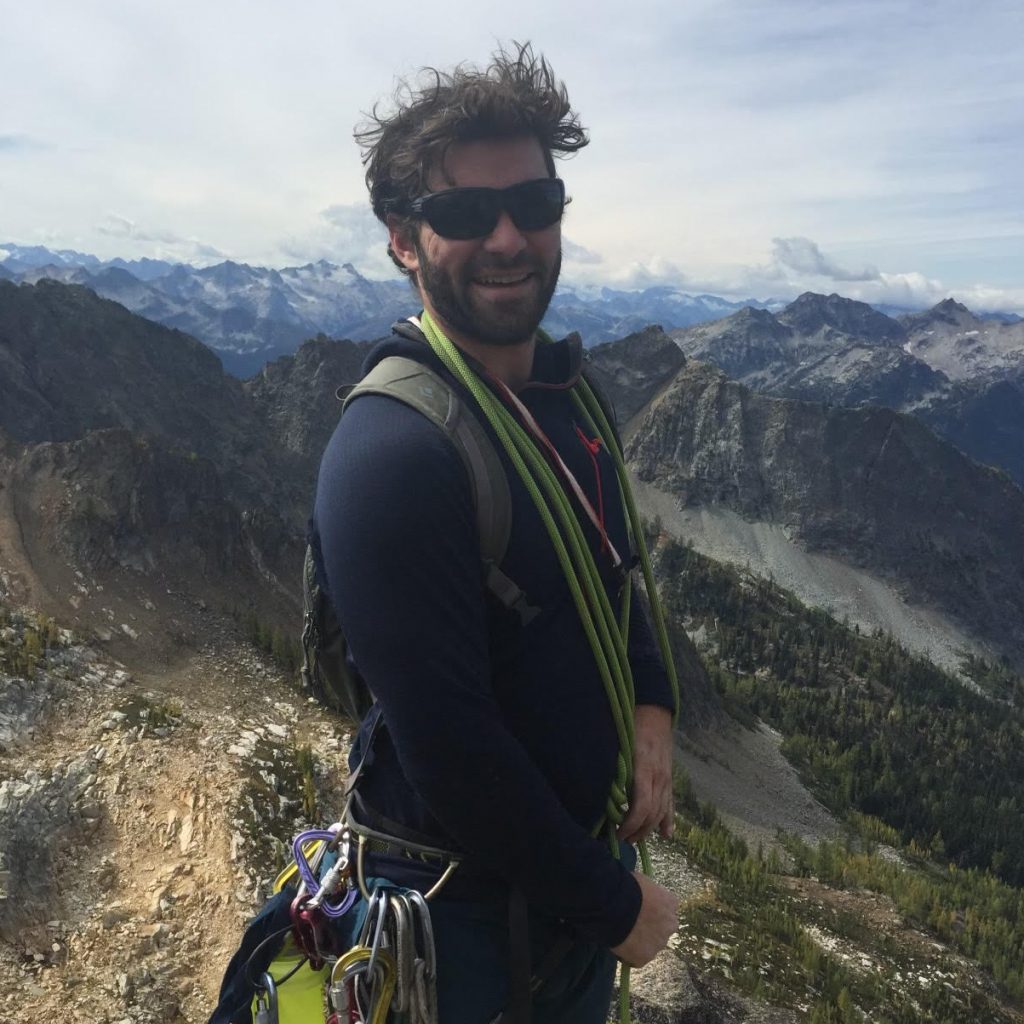 Sean McNally comes to Y.E.T.I. with over a decade in the Outdoor Education Industry. Sean is extremely passionate about getting youth outside and sharing his life long love of the outdoors. He has led trips all over the U.S. and worked for organizations such as Explore Austin, Mountain Madness, Naturalists at Large, R.E.I. Outdoor Programs and Outpost Wilderness Adventure. Sean will be supporting the expansion of our school-based outdoor clubs and volunteer development to help Y.E.T.I. provide more opportunities to explore our public lands. 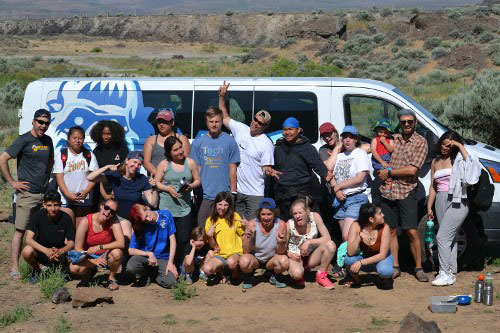 I am one of those parents that is not comfortable driving out of the city, and because of that, my kid did not have the opportunities to experience the great outdoor Washington has to offer. I am so grateful there's Y.E.T.I. to take my child to experiencing camping and rock climbing. I am looking forward to the next program event.
-- Y.E.T.I. Parent